Micromobility Is the Future!

Micromobility is already disrupting the automobile industry and has started to disrupt transportation and transport and is contributing to the disruption of the America bicycle business.

It is currently defined as urban transport in sub 500kg (1,102.3 pound) vehicles, that are human-powered, electrically assisted or electrically powered.

2018: The Year of Micromobility

During 2018 the American bicycle business and related industry changed profoundly as the economics of the traditional business were disrupted in part by the larger transportation and mobility sectors as they evolved and focused on Micromobility.  According to the National Association of City Transportation Officials (NACTO):

Dockless pedal (non-electric) ride share bikes, which rapidly spread like wild-fire across the U.S. in 2016-2017 – have largely disappeared from American cities, with just 3 million trips in a handful of cities in 2018.

Electric bikes emerged as a popular option, accounting in 2018 for 6.5 million trips, 6 million in dockless systems and 500,000 in station-based systems.

What is Shared Micromobility?

According to NACTO Shared Micromobility “…encompasses all shared-use fleets of small, fully or partially human-powered vehicles, such as bikes, e-bikes and e-scooters.” All fit inside the definition of Micromobility that we presented previously.

Uber, Lyft (automotive ride share) and Ford (automotive) have all made recent acquisitions in Shared Micromobility and Bosch (electric bicycle), along with Jump, owned by Uber, Motivate, owned by Lyft, BCycle owned by Trek are all members of the North American Bike Share Association (NABSA).

Micromobility services offer a tantalizing solution to address the first mile/last-mile problem and an opportunity to shrink transit deserts (neighborhoods underserviced by public transit services); limited survey data suggests that support for e-scooters tends to be highest among lower-income users.

But Micromobility’ s potential extends well beyond connecting people to mass transit. More than half of the car trips taken annually in the United States cover less than five miles (8 kilometers), making those journeys open to short-range alternative modes such as e-scooters, bicycles and e-bikes.

According to McKinsey, Micromobility has already attracted a strong customer base and has done so roughly two to three times faster than either car sharing or ride hailing. In just a few years, for instance, several Micromobility start-ups have amassed valuations that exceed $1 billion.

Micromobility appears to make people happy—it’s faster than car-based trips in many situations, and users often say the freedom of being in the fresh air traveling to their destinations while avoiding traffic jams puts a smile on their face.

Companies find it much easier to scale up Micromobility assets (for example, electric bikes) compared with car-based sharing solutions.

How big is the market?

While the base case represents a healthy market, the question arises: What is needed to grow the shared Micromobility market into a truly disruptive trillion-dollar business?

For this market potential and mileage cannibalization to become a reality, cities need to support shared Micromobility proactively.

Whether the disruption Micromobility causes matches the hype generated so far will largely depend on how cities react to the service.

While the industry is hoping urban governments view Micromobility favorably as an antidote to congestion and pollution, and a way to provide consumers with an enjoyable alternative to gridlock, cities could instead see it negatively.  In fact, some anecdotal evidence of the latter has already surfaced.

So, in addition to building their businesses, Micromobility players will likely have to take proactive roles in lobbying for and shaping the industry in key urban areas.

What about the traditional, mainstream American bicycle business?

Electric bicycles represent one of the connectors for growth

Electric bicycles represent one of the connectors between the traditional mainstream American bicycle business and the emerging Micromobility ecosystem.

The reason: E-bikes are simply easier and more fun for people to ride. The extra push from a motor makes previously unconquerable hills manageable, and for people with mobility issues, older residents, or those who have not biked in a long time, the assist makes cycling more accessible.

Electric bikes also are effective in closing the distance between the “enthusiast cyclist” commuter set (typically fit, middle-age men who commute in spandex) and people who just want a reliable, efficient and environmentally friendly way to get around their city.

The bottom line – a broad range of people like electric bicycles.  Accordingly, they represent potential growth for the American bicycle business.

For the last decade Federal funding for bicycling has averaged about US$800-US$880 million per year with projects ranging from trails to bicycling paths and designated lanes in cities.

These funding levels were generally considered minimally acceptable by the traditional mainstream American bicycle business trade and advocacy associations – but are being challenged as not being adequate to sustain and grow the Micromobility movement in American cities.

There seems to be agreement among the large consulting firms in McKinsey’s finding that: “…in addition to building their businesses, Micromobility players will likely have to take proactive roles in lobbying for and shaping the industry in key urban areas.”

Accordingly, it also seems obvious that the issues of overall safety, accessibility and connectivity will require the Micromobility providers of the first mile/last-mile solution to become actively involved in bicycling and pedestrian Advocacy relative to cities.

It is both logical and inevitable that the traditional American bicycle business and the new Micromobility ecosystem will come-together to advance their mutual interests under the Micromobility banner and expand the bicycling, electric scooter and pedestrian access, connectivity and safety first-mile/last-mile network throughout American cities and suburbs.

A reminder that America is not Europe

There has been a tendency over the last two decades to look to Europe as the example of what bicycle riding facilities and participation can be in both the short-and-long term future in America.

The conventional wisdom that persists is that electric bicycles, or ebikes will be accepted and adapted by Americans in the same way they have been in Europe, where the category has grown over the last ten years to become the dominant category in the European market.

While we agree that there is little doubt that electric bicycles will be accepted and will grow substantially in the American market, it will take more time and there are and will be different reasons and motivations for market acceptance than has been experienced in Europe, and will be much more dependent on the connections and boost given by Micromobility.

The role of technology

The rapid rise of Micromobility in the U.S. simply would not have been possible or be viable going forward without technology and specifically hand-held phones, cell technology and Apps.

Micromobility in form, function and definition didn’t exist 48-months ago.  It may not exist 48-months from now…but it already has – and no matter what it is called in the future – will continue to disrupt the establishment and the traditional channels of trade and advocacy.

Human movement and transportation will continue to evolve and change and will be served in some way, shape or form.  Human Powered Solutions will be riding the wave, and whether it is Micromobility or its off-spring or replacement HPS will enjoy, participate, report, analyze, inform and advise its clients and fellow travelers in our community of interest.

Look to The Future!

Note: A Micromobility White Paper is available as a PDF file from this website. 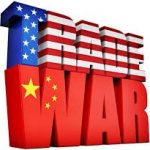 It Isn’t Over till The Decider Decides! 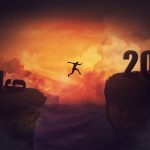