On Sunday September 1, 2019 …the American Bicycle Business got a lot harder!

On Sunday September 1, 2019
…the American Bicycle Business got a lot harder!

At 12:01 a.m., Sunday September 1, the latest round of tariffs on Chinese products took effect.

The official list of affected items runs 114 single-spaced pages of primarily consumer products imported into the U.S. from China that had not previously been subject to any additional tariff, over and above a regular tariff or no customs duty at all.

Unlike previous punitive tariffs, there was no wiggle room on the September 1st date. Any listed item arriving at Customs in the U.S. from China subject to Customs inspection or clearance on and after 12:01 a.m. September 1, 2019 had the new, additional 15% tariff imposed.

With previous punitive tariffs, the United States Trade Representative (USTR) has allowed shipments that were on the water at the time the tariff was announced to enter the U.S. without the additional tariff. Not this time!

How did we get here? The President announced on August 1 that he would target $300 billion of Chinese goods with a 10% tariff on September 1. After hearing from retailers worried about a negative impact on holiday season sales, he opted to split the action into two parts, with a second round taking effect on December 15.

But after the Chinese retaliated by increasing their own levies on about $75 billion worth of American products, the American President suddenly doubled down. He increased to 15% the planned 10% levy and announced a separate increase to 30% from 25% on an earlier $250 billion of Chinese goods, to take effect October 1.

If the President proceeds with all of these planned punitive tariff actions, nearly 97 percent of all Chinese goods imported into the U.S. will be subject to taxes by mid December, according to economist Chad Bown of the Peterson Institute for International Economics.

These are “punitive” tariffs because the items covered were previously subject to an existing tariff or no tariff at all, and this new tariff is being added on and is in addition to any previous existing tariffs. This is also true of the new tariffs imposed on electric bicycles, electric motors and bicycles earlier this year.

As an example, items previously subject to 10% tariffs have or will have the additional punitive tariff of 15% add-on, so they will be subject to a total 25% tariff starting September 1st.

Most lights and helmets previously had no tariff, so the total tariff on both items will be 15% on and after September 1, 2019.

Lights that mount to the arm, leg, or helmet had an existing 3.5% tariff, so the total tariff on these items on and after September 1st will be 18.5%. Protective sunglasses and goggles also will receive the 15% punitive tariff starting September 1st.

All of this is, as previously referenced, happening because on Friday, September 23, 2019 the President doubled down by tweeting that tariffs on the $250 billion of imports already in place will be raised to 30% from 25% on October. 1. He also said an additional tariff on the remaining $300 billion of imports set to go into effect on
September 1 will be imposed at a rate of 15%, rather than 10%.

“This is the first time U.S. consumers will see the costs quite directly, right as we head into the busiest shopping time of the year,” said Edward Alden, an economics professor at Western Washington University as recently quoted in the Washington Post.

This is because previous punitive or additional tariffs, for the most part affected the portion of supply chains up-stream from the consumer. Punitive tariffs on steel and aluminum, as an example, are being paid, over and above any previously existing tariffs, by the stamping houses, can makers and fabricators at two to three steps from the consumer.

As a result, the financial impact in the form of higher retail prices has been softened up until now by currency devaluation, suppliers and fabricators in the supply chain absorbing a portion of the additional cost, and by some retailers doing the same thing.

The American administration lead by the President has claimed the punitive tariffs imposed on Chinese imports are being paid by the Chinese government or manufacturers, when in fact the total financial burden has been on the American importers of record.

What professor Alden is pointing out is the fact that this latest punitive tariff will affect a large variety and number of consumer goods that are being imported from China by two step brands and wholesalers, and by retailers selling directly to consumers. This means the additional cost of the new punitive tariff will have to be passed on in whole or part.

Why can’t retailers in the U.S. simply “eat” or absorb all or a portion of the cost increase attributable to a punitive tariff? Not a lot of attention has been paid to the retail sector what with all the other issues swirling around lately.

The fact is – most American retailers simply can’t afford to absorb the cost increase that is coming at them because of the punitive tariffs on the products imported from China are substantial.

The American President recently accused business executives, some of whom oppose his tariff strategy of blaming him for their own failures. On August 20, 2019 he tweeted:

“Badly run and weak companies are smartly blaming these small tariffs instead of themselves for bad management…and who can really blame them for doing that?
Excuses!”

According to the Washington Post the President also told reporters that “13 percent of companies are going to be leaving China,” an apparent reference to a survey by the U.S.-China Business Council, which found that 87% of companies operating in the Chinese market plan to stay put despite trade tensions.

The Washington Post article went on to state that: “Only 3 percent of the 220 companies surveyed said they would relocate to the United States while 17 percent said they had reduced or halted planned investment in China.”

In an Op Ed published by BRAIN on June 5 of this year Human Powered Solutions referenced the fact that on May 22 the Secretary of the Treasury stated that he has personally been contacting America’s largest companies about their plans for weathering the trade war with China, including encouraging firms to reorient their supply
chains and source their products elsewhere.

On August 24, 2019, the President tweeted that he “hereby ordered” US companies to start looking at  alternatives to China on the basis of claimed powers which the White House later said were under the International Emergency Economic Powers Act (IEEPA), Title II of Public Law 95–223, 91 Statute 1626, enacted October 28, 1977.

The President, however, did not formally declare an emergency as required by IEEPA, and has not to date.

The IEEPA, is a United States federal law authorizing the President to regulate international commerce after declaring a national emergency in response to any unusual and extraordinary threat to the United States which has its source in whole or substantial part outside the United States.

IEEPA permits presidential emergency declarations only in response to threats originating outside the United States. Beginning with the Carter administration, in response to the Iran Hostage Crisis, presidents have invoked IEEPA to safeguard U.S. national security interests by freezing or “blocking” assets of belligerent foreign
governments, or certain foreign nationals abroad.

As an example, following the 9/11 terrorist attacks, President George W. Bush issued Executive Order 13224 under IEEPA to block the assets of terrorist organizations.

On May 30, 2019, the White House announced that President Donald Trump would use IEEPA powers to introduce tariffs on Mexican exports in response to the national security threat of illegal immigration from Mexico into the United States.

Relative to the May 30 Mexican situation, like the recent ordering of U.S. companies to start looking at alternatives to China, the President did not formally declare an emergency as required by IEEPA and has not to date.

Beyond tariffs, the trade hawks in the current administration, including those in the White House are pursuing what they call decoupling, or breaking up a relationship between American companies and Chinese suppliers and consumers that they now feel poses a long-term strategic threat to the United States.

The trade hawks hope to get American companies to shift their factories to friendlier countries. They are pushing to restrict Chinese investment in the United States and cut academic and other long standing relationships.

The majority of the Chinese bicycle business export trade is owned or controlled by Taiwanese companies and U.S. customers will be able to move sourcing, and some will go to Taiwan with the majority to other Southeast Asian countries where the Taiwanese and North Americans have already started or are starting factories and joint ventures.

However, the capacity in Taiwan and elsewhere in Southeast Asia is currently well below that required to replace Chinese sourcing to U.S. customers.

In addition, the bicycle manufacturing and delivery supply chain in China has been well developed and modernized (with the help and assistance of American, European and other Asian countries) over the last 40 years and are tied to the up-to-date and sophisticated Chinese logistics infrastructure that efficiently moves large quantities of consumer goods, including bicycles and related parts and accessories from production
facilities to U.S. ports.

The reality is, it will take two to four years, until 2021 – 2023 to completely resource the U.S. bicycle supply business out of China.

In the short term from 2019 through 2021 there will be dramatic disruptions to the bicycle and bicycle parts and accessories supply chains from China and South East Asia to the United States, further aggravating an already volatile and generally flat to declining traditional North American bicycle business sector that is being challenged by changing consumer demographics, shifting buying habits, economic and environmental
conditions and the rise of Micromobility.

According to a recent Bloomberg report Goldman Sachs Group Inc., Nomura Holdings Inc., and JPMorgan Chase and Co. are among the leading financial firms that have rewritten their forecasts as the U.S. threatens to impose a tariff on 97% of Chinese
imports.

Analysts at Nomura have made the U.S. threat their baseline forecast and see it as a 65% probability before year-end.

U.S. companies, brands and retailers should adapt their business plans to this baseline and revise and update economic and market assumptions in quarterly and six-month buckets and rolling planning horizons with regular monthly reviews and updates out through 2030.

Anyone interested in learning more can contact Human Powered Solutions by calling 920-351-4883 or filling out a request for a free consultation.

Vandalism aside, Battery Fires Simply Don’t Have to Happen! 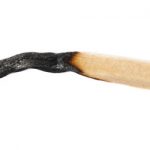